Months after lockdown started, am I alone in still being confused by Government advice?

The once daily Talking Heads performance from Downing Street left me bemused.  Then I get an official four-page letter with the above heading – and I was still confused.

Reading it, it did have a telephone number whixh implied it could put me on a register to get an online grocery delivery slot.  Waitrose wouldn’t give me one unless I was on the ‘at risk’ register, so I phoned.

An automated voice asked for my NHS number and date of birth.  Then tells me I’ve got the information wrong.  Surely I know my own D.O.B?  I re-dial three times, and get the same message.  Then I get cross, and begin to wonder if my brain is at fault. However much I try to reason with the automated voice, I realise I will never win.

So I get on to the Ministry of Housing, and eventually get a stroppy voice determined to read out the full page of her script on-screen;  when I interupt, I am informed in no uncertain terms that I am at fault – so I have to let the full spiel ramble on.

After giving  out loads of personal data, I am on the registr so can get a delivery slot from Waitrose.  However, in the way that Whitehall works, giving out this information entitles me to a massive box of groceries thumped down on my doorstep every Monday morning.  Unexpected result!

The message is confusing

Bojo makes a thing of having been at Eton, where I bet he wouldn’t have been allowed to get away with incoherent speach in class; repeating, shuffling around and stopping for breath in the middle of a sentence.  So why doesn’t he get a grip and speak correctly when holding press conferences?   His delivery is a disgrace, leaving one more confused than when he started.  He likes to ape Trump – hasn’t anyone told him that’s not a good thing?

And there is a reason for the old-fashioned way of doing things.  When my letter arrived from the Ministry of Housing it was just signed  ‘Matt’. 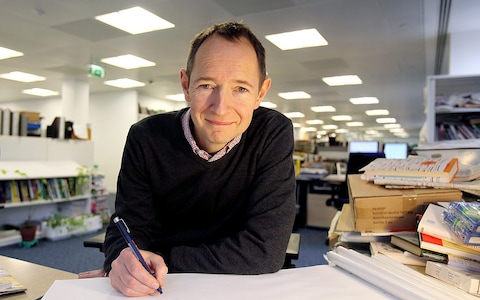 lucky enough to have received a signed letter from the marvellous Daily Telegraph cartoonist?  Somehow,  I think not – but the Telegraph’s Matt’s signature might have been worth something.  .

So will Bojo and the Ministries please get a grip.  Old-fashioned practice was there for a purpose, if only to make Whitehall’s pronouncements easier to follow.