Waiting times for cancer treatment are a scandal 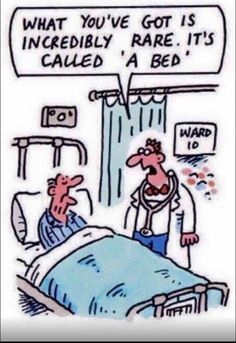 This is all very well, but watching juvenile performances from our Politicians makes me realise the NHS is in dire straights, and especially its cancer services. When it comes to treatment, and getting appointments, we are on our own.  Now is the time to make a fuss – it’s YOUR body and YOUR life.

Lying on a trolley in A & E (as one does) reality was staring me in the face.  I felt I was suspended in a time capsule, and unless I did something I was in danger of being sent home to languish, until the next emergency.

Cancer guru Karol Sikore is quoted as saying the NHS cancer care is costing thousands of lives, and with current waiting times I believe him.    Sikora, a well-known cancer guru, was the former chief of the World Health Organisation’s cancer programme, and often has strong words to say about NHS waiting times.

He’s even wrote a book, in which he advised patients on various ploys to jump up the appointments ladder.  e.g  cultivate doctor’s receptionists – try a box of chocolates – as a way of ensuring you aren’t ‘overlooked’ when it comes to timely appointments.  This follows advice I was given at the start of my treatment, my Oncologist told me those that make a fuss have a better chance of recovery.  During lockdown this has worked brilliantly for me, and I have found that cultivating staff has paid dividends.  But you have to work at this; don’t sit back and expect the NHS to remember you need an appointment. You need to send a gentle reminder,  making this stronger if kept waiting.

The idea of the NHS treating everyone fairly seems to have been forgotten; so what do you do if you are waiting – and waiting – for an appointment?

⇒ Badger and keep on badgering if your appointment seems to be taking a long time – another Sikora maxim.  He says it is vitally important to get treatment as soon as possible.

If at first you don’t succeed or are fobbed off with a date six months away, try some of these ploys …

These ploys have all worked for me., so what have you to lose if you try some?

When treatment is finished, write and thank any Consultant who looked after you – if you have to go back, they and their Secretary will remember you, and you are less likely to be fobbed off with a long wait.  During lockdown I was surprised and delighted with the ease that I was offered an appointment. Do this works! Be selfish; it’s your life you are fighting for.

Signs are that lockdown is coming to an end, because there are quangos looking into ‘delivering world-class cancer care’. Wasting NHS (our) money, tripping over each other, talking like mad, and wasting yet more time and money. .⇒ When Owen Paterson MP commissioned a report into the NHS, it was pointed out that he might have links with the private sector that could compromise his judgment – but what he points out needs to be said: .http://www.conservativehome.com/platform/2016/10/Owen-paterson-its-time-for-the-government-to-face-up-to-the-grim-truth-the-nhs-simply-isnt-fit-for-purpose.html

Highlighting our poor survival rates in comparison with other countries, it makes grim reading.

A friend has just sold her flat, and down-sized to fund private treatment.  She says with the NHS in such dire straights she can no longer rely on it. Another has just come out of hospital, having “sold the family silver” to pay for her op.  As she says, silver doesn’t help when you are in pain.  She is now skipping around and back at work – when the NHS wouldn’t have even given her a date for the op.

Other friends say bank managers are surprisingly au fait with funding private care.  Many people prefer to self-fund, (Pulse, the GP magazine, expects this sector to rise by 10 – 15% p.a.);  some are furious at the way the Government slaps 10% insurance tax on top of medical health insurance premiums. Taking this up with my MP, I got back a beautifully-typed letter, spouting the party doctrine to convince me that tax was a good thing!

Warning – Sarah Wollaston MP, has come out recently questioning the amount of extra money supposedly being allocated to NHS.  Google what she says – it makes interesting reading.

Sikora has talked about wanting more of his patients to survive.  Sadly, this eminent oncologist has now gone over to the private sector.  Three of the Consultants whom I went to at my local Foundation hospital have also gone ‘private’, telling me they are tired of NHS bureaucracy;  I am now left with the rump – who ask ME  “what would Mr. XXXX suggest?”  (Not very reassuring).

The Daily Mail reported another Sikora tip:  do your research.  He says this is vitally important.

⇒Look up major American hospital websites offering better info than NHS Choices,  Find some under the Contacts heading here on the right.

England has fewer GPs per head of population than other UK and EU countries.

But, the good news is in 2019 a total of 3,538 GP training places were accepted, the highest in the history of the NHS. Despite this, the number of full-time equivalent GPs has decreased as there are more GPs leaving the profession or reducing their hours. The reasons cited by GPs for retiring early or reducing their working hours are broad and varied, though they often focus on their unsustainable workload and pension issues.

Increasing international recruitment has been put forward as a short-term solution, but this too presents challenges. Despite the efforts of NHS England to recruit overseas doctors in 2020, there aren’t enough.

One day the NHS might have a Secretary of State for Health who has enough guts to tell it like it is – and come clean with what the NHS can afford, or how much extra we will have to pay to have as good an outcome with cancer as Europeans.