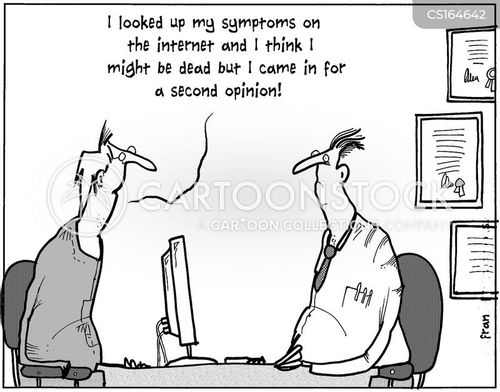 Since lockdown, many GPs have changed how they work,.and patients found there is a whole new system.

For some, telephone calls have simplified contact;  all they have needed is to ask a GP for a referral to a consultant, or something about their medication. So it is quicker and simpler.

Now we no longer have to make an appointment and travel to the surgery. to organise a referral  – it’s all done with a quick phone call.

Others who need to talk to a doctor face-to-face;  have had mixed experiences.  For some, GPs are still making surgery appointments.  For others, it’s not so good, and then we have Hapless Hancock talking about digital consultations, and how he thinks this is going to be the new way of working for GPs.

Patients have no say

If your surgery set out ‘new’ rules, did they consult you?  GPs are paid by us – it’s our taxes that provide their salaries; I seem to remember a big tea party in a certain US port, when colonists demanded “No Taxation without Representation”.  Hancock better watch out that a whole army of patients doesn’t rise up and tip the Dept. Health into the Thames.

Has anyone asked patients what they want?

Hancock has said in future GP consultations must be online by default.

“Patients were largely absent from Mr. Hancock’s extraordinary speech. He described his job  ‘to make the system work for those who work in the system’  but apparently not for patients. He said he had been speaking to NHS staff, “from regulators to frontline staff, to leaders of trusts to local directors of public health”.  But apparently not to patients.

“His edict that general practice consultations must now be done online by default appears to be based on no evidence whatsoever of what works for patients. If there is an evidence base for this decision, it must be published immediately.

“In claiming that this will, “free up clinicians to concentrate on what really matters,” the Secretary of State appears to be saying that seeing patients does not matter. I hope he will clarify his remarks urgently.

“Patients have put up with a great deal over recent months to help the NHS cope with an unprecedented emergency – often at considerable cost to their own health and wellbeing. This cannot be allowed to become the new normal. Mr. Hancock should have focused on how he will be improving things for patients, not for the system.”

“GP appointments need to be delivered in the way that works best for each patient, and the current predominance of telephone consultation suggests the NHS is still compromising heavily on this in the interests of minimising coronavirus infection rates.

“We support the emergency measures taken earlier in the year by the NHS, but some patients are now telling us they are concerned that their GP’s practice might never reopen fully. We would like to hear more from the NHS about how it will be assessing the impact of recent changes on patients, and how it will work with patients to ensure it meets their needs in general practice, including restoring higher numbers of face-to-face appointments for patients who will benefit from them.”

The stated aim of NHS 111 First is to triage patients to the most appropriate place for treatment, rather than forcing them to go through the traditional route of accident and emergency departments. This will enable accident and emergency services to maintain social distancing, as well as more effectively direct patients to more appropriate secondary care services that can deal more effectively and quickly with the patient’s condition. NHS England would like to understand the best way to communicate about the campaign in a way that is clear to understand for all audiences.

What happened when I phoned 111

I am disabled, don’t drive, so have made use of 111.  In the main, I have found it is helpful, useful, and only once have I questioned the information I was given.  Recently I had to change some medication, and ‘Googling found that what was proposed might have consequences for one of my conditions.

I couldn’t contact my Consultant, so phoned 111.  Had the usual time-wasting questioning, but eventually the operator promised that a doctor would call me back – but never did.  Luckily for me the consultant’s secretary (wonderful girl) had managed to track him down, relayed my concerns, and said the consultant was happy for me to take the new medication.

So I don’t know if I was unlucky this time, or if 111 is overwhelmed.

‘… All citizens will ultimately become digital citizens, but they must feel empowered and confident. Alongside a digitally aware workforce…’   Hmmmm
The respected charity The King’s Fund has produced a brilliant update on what the Government is proposing, what is happening and what might be achievable.  But as usual, the devil is in the detail, and if you are interested scroll down to the bottom and read the comments;  they pinpoint the problems of these Utopian plans
https://www.kingsfund.org.uk/publications/updated-gp-contract-explained?utm_source=The%20King%27s%20Fund%20newsletters%20%28main%20account%29&utm_medium=email&utm_campaign=11990107_NEWSL_The%20Weekly%20Update%202020-11-20&utm_content=gp_contract_explainer&dm_i=21A8,74ZMJ,FLXIUD,SVVED,1

Your input can be helpful

The Patients’ Association say they would be interested to hear from you,  has your experience so far been in line with what the guidance says.

Their details are here:  https://aftercancers.com/more-contacts-for-cancer-information/