Exercise is VERY good for us 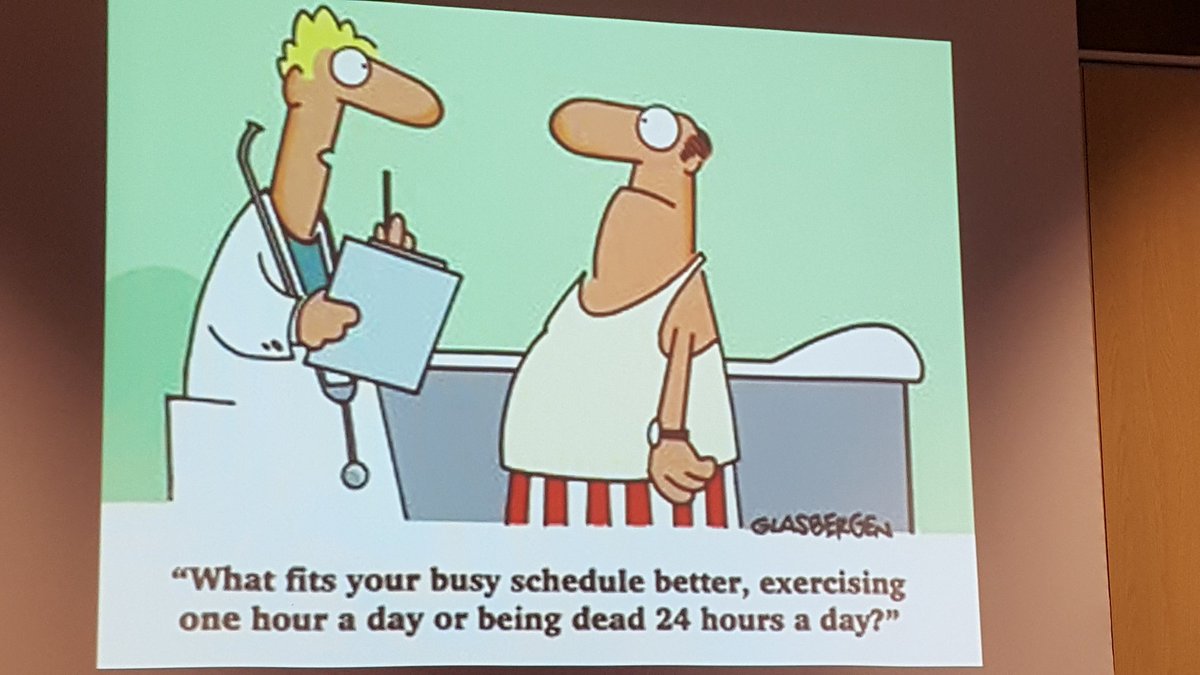 Latest research to come out of the States points out that one of the most important benefits of exercise is in how it reduces our risk of developing a number of types of cancer — especially colorectal cancer.  According to some, this is the malignancy most influenced by physical activity.

However, this research is in early stages.  How workouts guard against colon cancer remains largely unknown. Physical activity speeds the movement of waste through the intestines. But this does not seem to fully account for the protective effects of exercise. Instead, a small study published in February in The Journal of Physiology suggests we should also look to changes in our bloodstream after exercise.

The new study began with scientists at the University of Queensland in Brisbane, Australia, and other institutions recruiting 20 men who had survived colon cancer. (Women were excluded because menstruation might have affected results.)

But back to bigger trials on exeercise benefits.

The idea that ‘one size fits all’ is NOT the best way to tackle exercise.

What is acknowledged it that exercise IS beneficial – but you need to tailor the type to your needs.

The NHS is woefully short of physiotherapists, and relies on ‘off-the-shelf- exercise plans, which work for some. But cancer survivors have complex needs.  Side effects of lymphoedema, osteoporosis, neuropathy and generally getting on with life can benefit hugely from excercise.. But this needs to be tailored to what is best for you and your condition.  Just asking your local gym to devise a programme is often NOT suitable for many survivors.

However just to get a referral for an assessment with a qualified physiotherapist can take 3 – 4 months. Then, you wait some more to have sessions booked after an assessment (with all the box-ticking that is required).   GPs need to be chivied to ensure they mark referrals as URGENT – otherwise you find you wait months especially if you require hydrotherapy.

Weight gain is a nasty side effect of many drugs, but exercise has been proven to help reduce this, so you would imagine the NHS would be only too keen to support exercise programmes.No wonder so many can’t wait and go privately

Studies in the Netherlands

Latest studies from the Netherlands show that whilst undergoing adjuvant therapy those who exercise  appear to be more physically active years after their treatment ends.

In addition, cancer patients who participated in an exercise program during therapy appeared to have less fatigue over both the short and long term.

“Offering exercise during cancer treatment is recommended and has beneficial short- and long-term health effects,” according to author Anne M. May, PhD, (associate professor of epidemiology, University Medical Center in Utrecht).

May noted that this study is the first to show that patients who are physically active during cancer treatment maintain higher levels of physical activity over the long term, which is highly beneficial for their health and well-being.

She explained that these results come from the long-term follow-up of the PACT trial, a Dutch study that investigated whether exercise during chemotherapy can reduce treatment-related side effects, including cancer-related fatigue.

“Cancer-related fatigue is one of the most distressing side effect of treatment,” said May, “and it can persist for many years after treatment “.

If your GP isn’t keen to refer you, this Study has some weighty amunition to show them.

The PACT study was a two-armed, multicenter randomized controlled trial that compared an 18-week supervised exercise program to usual care among 204 breast cancer patients and 33 colon cancer patients who were undergoing adjuvant treatment, including chemotherapy, of combined moderate- to high-intensity aerobic and strength training twice a week, The team previously reported short-term benefit from the exercise program, noting that patients in the intervention arm experienced less fatigue than those in the usual-care arm (BMC Medicine. 2015;13:121).

May and her colleagues found that cancer patients in the intervention group experienced less physical fatigue at 4 years compared with patients in the usual-care group (-1.13, 95% confidence interval [CI], -2.45 to 0.20; effect size [ES] = 0.22).

Patients who had participated in the exercise program reported engaging in moderate to vigorous physical activity 90 minutes a day on average, compared to 70 minutes a day reported by the usual-care group.

“We think that offering exercise during cancer treatment, including chemotherapy, should be recommended, as it has beneficial short- and long-term effects on health,” May concluded.

A growing body of evidence supports the premise that regular physical activity may play a protective role and decrease the risk for many types of cancer, and that it may also help temper the adverse effects of treatment. Studies have demonstrated that exercise regimens benefit cancer patients both when they are receiving active therapy and afterward.

At the press briefing, moderator Timothy Gilligan, MD, FASCO, a medical oncologist at the Cleveland Clinic in Ohio, pointed out how consistent the literature is regarding the benefits of physical activity. “Nutritional recommendations seem to change every year, but if you look at the research on exercise, it consistently shows many positive benefits for health,” he said.

The study was supported by grants from the Dutch Cancer Society, the Dutch Pink Ribbon Foundation, and the Netherlands Organization for Health Research. The authors have disclosed no relevant financial relationships. Dr Gilligan has a relationship with Wellpoint.