Faffing around the cancer scene

Civil Servants stomping around the Dept. Bad Health have announced that Prof. Sir Mike Richards is setting up yet another new initiative to provide Britain with ‘world class’ cancer care.  Boring!  Boring! 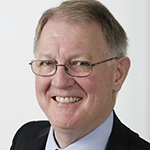 In 1999 Sir Mike was appointed the first National Cancer Director at the Department of Health. He’s been playing musical chairs hopping around various heaIth quangos ever since; success shown by the fact that, during his watch, our post-cancer survival rate has plummeted from 13th in Europe, down to today’s figure around 25th

Spin Doctors,who massage statistics to suit themselves, call this ‘world class service’ (Titanic springs to mind).  It will be interesting (if it wasn’t sickening) to hear the way this will be explained away to next week’s talking heads conference;  Britain Against Cancer,  I see he is no longer down to speak – but then he apparently is also retiring!   Does anyone know what is happening?

So before we get too gloomy –

What can we do to improve?

Simples – as the Meerkats would say.  BLOW YOUR TOP!  I’ve just done that, and it’s worked a treat.

For over six months I have been worried about dizzy spells.  I’ve even had one or two during Outpatients appointments, but with today’s NHS following rigid rules and regs., I don’t fit in to any category so none of those I was consulting had the job of picking these up.  It’s obvious I should see a consultant, but the fact that I have self-diagnosed, and ask “could it be…?” puts me beyond the pale.  Patients aren’t supposed to be able to think, and I am ‘overlooked’ when it comes to an appointment (to teach me a lesson in today’s bullying NHS?)

Yesterday I collar my GP to ask what has happened to my referral ?  He excuses the lack of appointment by implying it is my fault for demanding too many, saying  “you are under a lot of different consultants”.

This sends me ballistic:  “the reason I am under so many consultants is because massive mistakes were made during my treatmen; doctors prescribed me the wrong drugs – hence why I have so many side effects from major heart problems, osteoporosis, neuropathy, long-lasting skin conditions, nausea, etc.  It was the fault of those treating me, who should have checked the drugs I was given to see what side effects I might end up with”.

A very shaken  and much more helpful GP immediately changed his defensive attitude.  Tapping away on his computer, he comes back saying  “appointment in 2 weeks time”.  That’s more like it!  Pity he didn’t do that when I first asked – but us patients constantly face delays in this ‘world class’ NHS.

When I Google the name of the consultant I am due to see, I find he is head of the dept., and it is within his power to order the type of tests I should be getting.  And the hospital dept. boasts that it can do these tests in-house. At last! Result!  We’re getting somewhere!  I know I will have to check that this consultant is actually on duty that day; when the day arrives, I am resigned to the fact I am going to have a fight to actually see this person. But I’ve done this before.  Threatened I had all afternoon to wait – and sat there for three hours.  They gave up first!

I shall suspend judgement until I see what actually happens – after all, lots can go wrong in the next few days.  But ………

I’ve never had such a quick response – it really works!  So YOU go for this approach too!  What have you got to lose!!