Everywhere you go in hospitals, notices announce that staff will treat patients with “Dignity”. 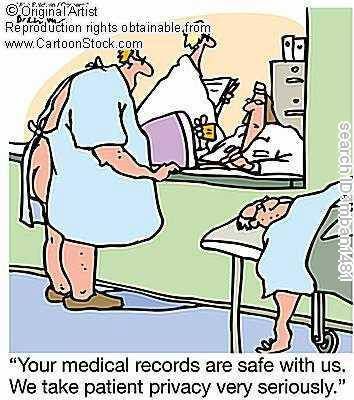 weighed in a crowded waiting room, then the nurse talking loudly about the results.  This is appalling, and the comments agreed.

One’s weight, along with medical information, and your date of birth, should be a secret between you and those treating you.  Yet the NHS asks for your DOB, and any flapping ears can hear – and sell this to companies.

Query an unhelpful treatment plan, doctors shrug their shoulders and say they don’t make the rules. This makes me feel like screaming.  What’s to stop them changing rules then?  But it’s all part of today’s culture that thinks more of  ‘Team Players’ than old-fashioned doctors or nurses, prepared to fight on our behalf for appropriate care,..

What DO they make? The tea? This takes us to the very heart of NHS culture:

It happened to me

I was a polio patient in the RNOH Stanmore many years ago.  I was told I would never walk again,  Medical thinking at that time advocated complete bed rest, but I was convinced recovery would depend on exercise.

I was not popular with the Professor in charge; when he told me I wouldn’t walk again, I said I wasn’t going to stay in that place for the rest of my life.  ‘That place’ was the hospital that was his pride and joy.  He quickly passed my care over to the youngest doctor on his team, J.I.P. James.  Mr. James and I got on like a house on fire, Knowing what would work for me, would suggest ideas to him, and we worked together to get me out of Stanmore,  He went on to reach the top of his tree, became a professor, president of his discipline and was instrumental in training many doctors who went back to their country and even became head of their health services.  .

Nurses said they could always tell my bed as it had an arm or a leg waving.  .

I could question Mr. James about my treatment during weekly ward rounds; then ask if such-and-such might work.  His ‘MDT’ accompanied him, and we could discus this together. He allowe me to do what I knew was best for me, and eventually I DID walk out of Stanmore.

What a change today

At Stanmore I was able to discuss policy, have an opinion, and talk it over with the boss, to everyone’s benefit.  So when cancer hit I just went for what I knew would be best for me – and expected Oncologists to listen   This was a struggle, and when I was proven right, no-one would acknowledge this.  I often got the cold shoulder, and was told ‘you are not being supportive of the hospital’.

Treated at the ‘hallowed’ Royal Marsden, three days after starting Tamoxifen, blood-filled blisters came up all over my body.

I needed to see a Dermatologist – and quickly. The Marsden gave me an NHS appointment for some months ahead, so I said I would go privately – and got an immediate interview.  Shown in to the great man’s room, he asked if I minded a  group of students?  No – I thought it a good idea for them to see what this drug could do to you.

I undressed, and he gave me a 2-minute examination.  Telling  me to sit down (I’m still starkers), he proceeds to tell all and sundry it’s not the fault of the drug – “it’s your age”.

There was a collective gasp from the students.  I tried to question him, but he swept out saying “I haven’t got time to answer questions”.

Getting dressed, I swept out and told the Receptionist I had no intention of paying, and would see the consultant in court.  He never sent in a bill.   I used his fee to go to France, where,  after numerous tests and a proper examination, they confirmed this was a side effect of Tamoxifen.

Changing culture is a huge job;  but the NHS has to realise that just putting up a sign to assure us they respect our privacy and treat us with dignity is NOT enough.  They have to follow what they preach.