Surviving Cancer is a Cat and Mouse business 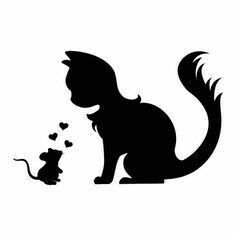 Don’t miss out on monitoring

Keeping on top of all the appointments, tests and check-ups we need after we have finished cancer treatment can be a full-time never-ending job.  Now, we also need to keep up with all the shenanigans the NHS gets up to;  whenever the cry goes up “balance the budget”, why does it seem it’s our care that gets chopped?

Recently I’ve noticed follow-up appointments have longer and longer intervals, or I even get ‘lost’ in the system and no appointment is made until I phone to check.  I have this nightmare vision of thousands of us wandering around in outer space -” is anybody there?”

As the majority of British cancer patients come in the ‘elderly’ category, they are deemed to make less fuss.  So be warned!   We all need to monitor our appointments and ensure they aren’t ‘forgotten’.  Because a lot of that is going on.  Granny – get your fighting boots out!

OK – C(r)apita has made a complete ‘what’s up’ of our personal data, BUT – surprisingly there seems no rush by the NHS to restore missed appointments. It wasn’t until I paid for a private follow-up and then created until I got re-imbursed, that there was any urgency about restoring my correct data.  Then, when I moved to Oxfordshire this was a lovely excuse for the NHS here to ‘extend’ appointment times.  I tell you, if the NHS spent as much time in running an efficient health service as they do in thinking up creative ways of saving money (at our expense) we really would have the ‘best health service in the world’.

So it’s up to us to make sure we have follow-ups, check-ups etc. in a timely fashion.  And if we don’t, then we should ask WHY?  In a loud voice.  My NHS surgery are supposed to let me know when I have to have 3-monthly B12 injections..  Thought I’d better check my diary whilst writing this article  – and sure enough it’s 4.5 months since the last – so I got caught out.

Today’s news says that ONLY 76 patients died because of the missed mammogram scandal.  ONLY !  Bet the official who blithely announced this wouldn’t have been so gung-ho if one of those had been his wife or mother.  So keep a record, mark your diary and make sure you check if you haven’t received a regular appointment.

Patient Groups warn that the current cut-off periods to cease monitoring after cancer treatment are “arbitrary”, and far shorter than is considered suitable in other countries with better survival rates.

When he finally quits the Dept. Health, Jeremy Hunt will leave two legacies:  longer waiting times and UK cancer care getting worse.  During his term;  cancer survivorship rates fell from 13th in Europe down to today’s 25th out of 27 European countries. (These figures come from the United Nation’s WHO (World Health Organisation).

So anyone who is a survivor has to look out for themselves, which means monitoring our health.  e.g. regular check-ups to ensure cancer hasn’t returned, and we remain in the best of health possible.  Don’t be one of those left ‘abandoned’.

How can this happen?

NICE (National Institute for Health and Care excellence), who set the rules NHS medics must follow, says its guidelines allowed

“doctors and patients to discuss the observation period that would work best in each case”.

What a cop out – and probably the reason why so many of us feel abandoned.  Did you ever ‘discuss observation’ with your doctor?  Lucky you if you did – I certainly did not.

How I agree with Lord Darzi, who got up at an All-Party Parliamentary Cancer Conference to ask “can anyone tell me

what use is NICE?”  Don’t remember that he ever got an answer.  But this, coming from someone who is a Professor holding an eminent place in the NHS hierarchy is very relevant – and I too would like to know the answer.

He asked this at the same conference when it was announced the NHS was finally going to get Proton Beam Therapy – ten years ago.  What kept this?  Was it another ‘cost cutting delay?’

I think we should be told Jeremy.  The one good thing is that your officials at Dept. Health have no idea what is going on.  I have before me a letter from one of your underlings to my MP, explaining why I can’t have treatment which I was having as a matter of course in another area.  Only good thing is I have been making a fuss locally, found a consultant of the ‘old’ school – who told me I needed this, and he was going to go against current advice to ensure I had it.

BUT if I were older and frailer than I am, I would have given up the fight a long time ago.  Am beginning to think that’s what the NHS wants. so I am off their books with my toes turned up.

If you suspect you aren’t getting the follow-on care you should, the ASCO conference, held  annually. would agree.  A new study by researchers in Chicago suggests that.Cancer patients in the UK may not receive enough follow-up after a diagnosis,  How shaming must this have been for the UK medics in the audience, to have our failings broadcast to the medical world.

The study, presented at the annual American Society of Clinical Oncology Conference in Chicago, suggests five years of monitoring is insufficient for some cancers and too long for others. The research suggests some NHS patients may receive too few years of follow-up care.

“This study highlights the importance of monitoring some cancer patients for extended periods,” said Dr Robert Dood, of the MD Anderson Cancer Center at the University of Texas. “Failing to monitor patients at greatest risk means opportunities to save their lives may be missed.”

His researchers used the American SEER database, which covers about 28% of the US population, to analyse when patients were no longer more likely to die than the general population. Overall, 2.3 million patients with 68 different cancer types were studied.

But in a mealy-mouthed response NICE said that follow-up cases needed to “balance a number of factors” including “individual choice”, adding: “Our range of guidance provides advice on how doctors can work with patients to find out what they would prefer so together they decide what is appropriate for their circumstances.”  Yeah yeah – and meanwhile UK slips further down the survival tables.

Joyce Robins, director of Patient Concern, said it was “terrifying that cancer patients are being abandoned like this”.

“This is such a life-changing disease and to think that after recovering you’re on your own is very scary,” she said. “People should be getting the full follow-up they deserve at the time when they are still at high-risk.”

So get on with it.  Make sure YOU get your follow-up and monitoring appointments, but don’t expect the NHS to keep an eye on you, you’ve got to do this for yourself.

In a study of 236,015 women who had been diagnosed with early breast cancer, researchers at the Leiden University Medical Centre in the Netherlands found that England ranked worst out of the selected countries for five-year survival for breast cancer at stage two and three.

“It’s extremely concerning that, despite recent progress, survival rates for older women with breast cancer in England continue to lag unacceptably behind other European countries. Far too many women are still dying from breast cancer in the UK and we simply cannot afford to be complacent.

But as a Dutch physio working in the NHS said to me “in Europe WE take control of our disease” – implying that we don’t do this in UK.  Perhaps it’s time we did.