During lockdown, there have been changes in the NHS – many for the better. 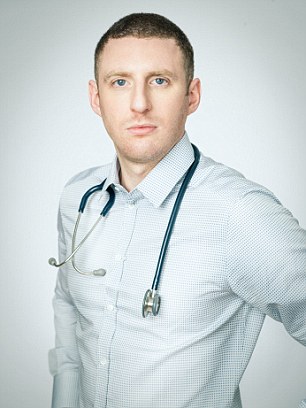 He is right about bureaucracy.  Now, many of us are having meaningful consultations about our care directly on the telephone, and can make contact with specialists without having to waste time going via our GP for a referral.  As Pemberton says,  “Junior personnel have stepped up … reinvigorated services with new energy and thinking”.

After the first shock, when it seemed as if cancer survivors had been totally abandoned, I’ve been delighted to find that many NHS staff are working out better ways of organising our care.

Faced with a weekend emergency, caused by long-term side effects, my heart sank.  It took ages to pluck up courage to dial 111, convinced that I’d never get through. How wrong I was:  not only did I get a response quickly, a Paramedic was despatched with an incredible portable gizmo, giving up-to-date info on my condition, directly to a doctor, so I didn’t have to go to A & E. Next day the system sent an Ambulance to take me in to Outpatients, where the department was running like a dream; follow-up appointments have gone like clockwork, on time and staff have been superb. ,

Talking to ambulance staff, they say the absence of drunks and time-wasters in A & E has had a marked effect.  New ways of handling our appointments are being trialed and many are very ‘user-friendly’.  Hopefully these innovations, which seem to emanate from staff, will carry on.

During the crisis many hospitals and staff are giving excellent service in innovative ways, and A & E and other departments have found that time-wasters have stayed home, leaving staff able to give patients better care.  Perhaps now hospitals will revise their policy to better deal with drunks and other time-wasters.

senior medical staff waste time Tweeting about being at a major conference (e.g. Britain Against Cancer, etc.)  – just to boast they are there?  Surely they should be listening to what speakers are saying, rather than wanting to score points?

Surviving polio, and cancer, teaches you resilience; both emotional and physical. Once you have received and navigated a scary diagnosis from tests to treatment, and recovered, you can face most challenges.

I feel I am one of the ‘lost’ survivors.  Having been told I’d never walk again, doctors did everything possible to help prove their diagnosis was wrong; it was.  After leaving hospital, consultants kept an eye on us, and we received care when needed.

Today, after a cancer diagnosis, everyone is delighted when we reach five years post-diagnosis.  But once that milestone comes round, survivors say they feel abandoned.  Doctors and nurses don’t have time for survivors today and Hospital Trusts will try to stop continuing treatment, such as hydrotherapy.

Today, no-one knows if Covid-19 survivors will need continuing care – let’s hope provision is made if they do.

The infamous post-code lottery must be abolished

Surely the NHS should provide equal care for everyone, but it can be rationed depending on where you live.

Moving from one postcode area to another,  I went to see the eminent consultant recommended by my previous polio consultant.  He told me “I am not supposed to see you”; his Hospital Trust hadn’t allocated funding for our on-going care.

Under the same Trust I have to get cancer check-ups done privately. and hydrotherapy is stopped after a few sessions – the NHS in my ‘new’ area won’t fund these here, yet they did when I lived elsewhere.

Once lockdown eases, important questions about care in the future will need to be addressed.  If the Minister and Whitehall act true to form, these will be swept under a carpet; the NHS will spend a fortune getting expensive spin doctors to ‘provide a new way forward’, and we will be told that the NHS has everything under control.

Envy of the World

If anyone had delusions about the NHS’s worth in global medicine, this crisis showed the other side.  The world’s press came out to condemn the way Britain handled Covid-19 : from the Sydney Morning Herald stating “Biggest failure in a generation – where did Britain go wrong” and calling our handling  “a shambles of mixed messaging, poor organisation and complacent attitude”, to the New Yorker, who called the UK’s handling of the crisis ” a curious mixture of superiority and fatalism…”.

Ouch!  This hurt, but was not unexpected.  Even more so when I read that the Italian La Republica wrote “many countries, including Italy, committed grave errors … but the confusion and contradictions displayed by the British Government …..”

We need to learn from the staff who really stepped up to the plate; mostly  junior grades and hands-on Consultants.  They proved they were user-friendly, and provided excellent care.  So let’s build on their innovative work.