Are do-gooders hi-jacking our lives?

Do petitions clutter your in-box ? 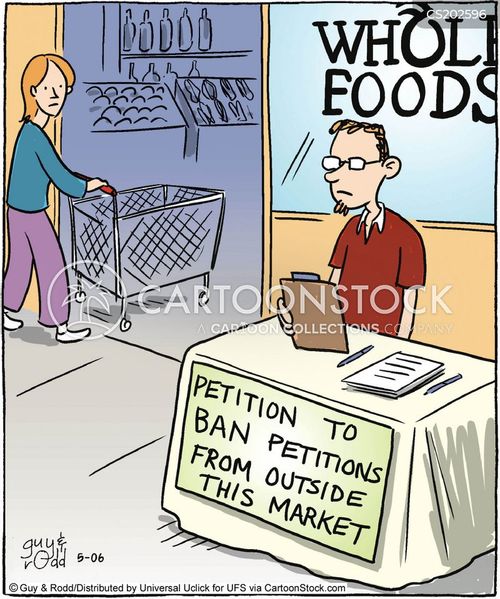 Is it all getting too much?

Can’t even remember what you support?

Londoners are constantly in the thick of demonstrations.  When these started many of us joined in.  But gradually we discovered those marching were often there because they had taken advantage of free travel provided by ‘sponsors’ to go shopping (particularly before Christmas).  London was regarded as a high profile destination so used as a platform for every protest imagineable.

Today, those living in major cities cast cynical eyes on demos and demonstrators – asking what to they hope to achieve?  Brexit is a case in point;  in the UK the majority voted to leave – so waving Euro-flags and blocking the road just annoys residents.  We live in a democracy, so however I voted I believe we should respect the wishes of the majority. Not crowd streets and demonstrate if we didn’t like the result.

Driven out by demo

Recently I received an unexpected phone call to come to lunch in a local pub.  A friend had found yet again roads around his home in London were blocked; Police had no idea when they were going to re-open.  So he had driven in the opposite direction out into the country. We enjoyed an unexpected lunch, but he had to work over the weekend to make up for his lost day.

But demos have a more serious consequence: disrupting Emergency Services.  London’s Ambulances now spend a massive amount of time ‘parked up’ in jams caused by demos.  I am constantly amazed at the ingenuity shown by drivers, who must know every unknown short-cut in the City.  But this means others, waiting for regular transport to hospital appointments, are having to wait or even cancel appointments.  When this was a once-off event, we shrugged shoulders and got on with it.  But now it is such a regular occurrence that patients are losing heart.

And climate change. In my own small way, I can’t help wondering if the huge environmental cost of transporting protesters into cities, disruption to people’s lives, ambulances stuck in jams, police having to stop chasing criminals to sort out problems, the massive clear-up operation when they all go home, etc. isn’t actually producing more ’emissions?’

According to Benny Peiser, the director of the Global Warming Policy Foundation in London.The world’s foremost weather science organization had issued a surprise rebuke to climate alarmists, marking what may be, according to some experts, one of the most significant developments in the climate debate in decades. The remarks came as a “total surprise,” especially coming from Talaas, who has himself made alarmist statements about the climate “I think they’re beginning to realize that the whole agenda has been hijacked by extremists and undermining the economy and the social stability of European countries,” Peiser told The Epoch Times. —Ivan Pentcoukov, The Epoch Times, 10 September 2019

The head of the world’s foremost weather science organization issued a surprise rebuke to climate alarmists in remarks published on Sept. 6, marking what may be, according to some experts, one of the most significant developments in the climate debate in decades. 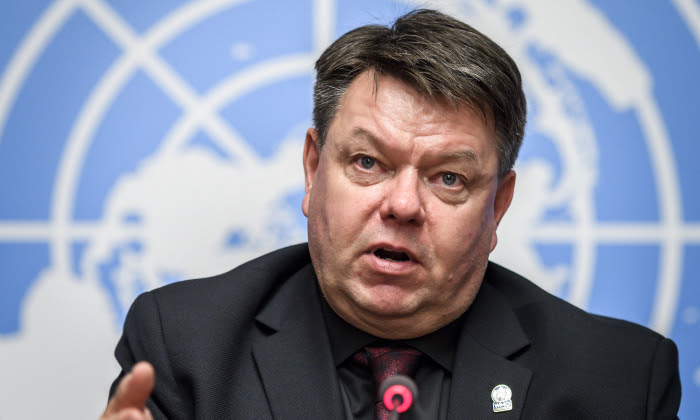 World Meteorological Organization (WMO) Secretary-General Petteri Taalas gives a press conference in Geneva on Oct. 8, 2018. (Fabrice Coffrini/AFP/Getty Images)
Petteri Taalas, the secretary-general of the World Meteorological Organization (WMO), told the Talouselämä magazine in Finland that he disagrees with doomsday climate extremists who call for radical action to prevent a purported apocalypse.
“Now we should stay calm and ponder what is really the solution to this problem,” Taalas said. “It is not going to be the end of the world. The world is just becoming more challenging. In parts of the globe, living conditions are becoming worse, but people have survived in harsh conditions.”
The remarks came as a “total surprise,” especially coming from Talaas, who has himself made alarmist statements about the climate, according to Benny Peiser, the director of the Global Warming Policy Foundation in London.
“I think they’re beginning to realize that the whole agenda has been hijacked by extremists and undermining the economy and the social stability of European countries,” Peiser told The Epoch Times.

What was Londoners’ ‘favourite’ demo?

The Countryside demo. Participants were country people who took all their rubbish home with them, smiled at the police rather than fighting them, and wouldn’t have dreamt of using our doorsteps as public loos. Yes – this happens.

There are examples of Ice Ages, which then faded away. Look back in history and there were warnings – but we survived them. Perhaps we need to be calmer, realise things change, and that includes the weather.  Yes, we need to worry about what we are doing to pollute the environment, etc. but we need to balance it all out.