Dealing with obesity the old-fashioned way

Gran was a wise old bird

If you want to live healthily and lose weight, ask yourself “would Gran have eaten this? Her generation were usually leaner, slimmer and healthier.

In her day, food was sold unpackaged.  But, modern eating habits have seen us adopt snacks – mostly unhealthy pile-on-the-weight food. So perhaps we should adopt the mantra

Eat nothing that comes out of a packet.

During the War; anyone feeding a family on the sparse rations allocated by the Government wouldn’t have had sweets and chocolate;  these were treats to be handed out very occasionally.  Gran would have been appalled to see her family snacking in the street; vulgar and rude!

Yet the generation she raised turned out to be one of the healthiest going, and few were overweight. So could we learn something if we copy diet from those days?

No imported food for Gran;  everything was home-grown; any spare plot of garden was planted with something edible, and even the lawns at Buckingham Palace were dug up during the War to grow food.

If we copy Gran would we lose weight?

Processed and packaged food wasn’t around. Imported foods like chorizo were unheard of – just as well as it’s 455 calories of processed meat per small sausage.  An Avocado is around 250 calories;  Gran would probably have fed you a homegrown apple instead – all of 95 calories.

Recently the retiring Chief Medical Officer, Dame Sally Davies, echoing Granny’s ethos, pointing out that on average we will die three years sooner because of the obesity crisis that’s developed out of the way we now eat.

Dame Sally doesn’t have a good word to say about processed or fast food, and would like to ban all snacking from trains, buses, etc.  When Gran was growing up there weren’t any bags of crisps and sweeties available, and Mum  would have told us it was rude to eat in public.  Today, when every child-in-a-buggy is munching from a snack packet, it’s not surprising they grow up obese, and have lost teeth before they are in their teens.

Losing weight when on treatment

Cancer drugs sometimes make you put on weight. Trying to lose the weight I gained during my treatment was a nightmare;  yes, doctors acknowledged it, murmured vaguely about ‘seeing the dietician, but they were all too busy.  Eventually, I stopped buying ready-meals (my go-to when too tired to cook) and just grabbed a hard-boiled egg or a few cubes of cheese, plus carrot sticks and tomatoes, and snacked on these.  The Haven introduced me to a practical hospital dietician, and she realised I was too tired to stand in the kitchen cooking.

To stop me automatically buying a processed meal for dinner, she gave me a list of what I should eat.  This was  broken down into easy to prepare portions of protein and vitamins I needed, and didn’t tire me out to prepare.  Gradually, as I finished up all the ready-meals in the freezer and didn’t buy replacements, weight started to drop off, without me making any major effort – just thinking, “would Gran have fed us this?”.

The list had simple things like ‘match-box sized portion Cheddar Cheese;  hard-boiled egg;  hand sized portion of cooked chicken, etc. All things that Gran would have recogised, not difficult to source but didn’t contain any hidden sugars etc. in ready-made meals.

This list worked for me because a dietician understood I was too tired to cook, and drew up a list of low-calorie snacks that were easy to prepare.  e.g. if I was too tired to wash and cut up a carrot, she suggested snack-packs of carrot sticks and cauliflower pieces that I could buy from the local store.

A friend gave me a cook book from a major cancer hospital, full of lovely-looking recipes which started ‘take these ingredients … followed by a list of 12 to 20 ingredients.  I would have been tired out before I’d assembled the half!.

Ditching the cookbook, I got the dietician to give me a break-down of simple food you can keep in the fridge – and avoided snacking on crisps and sweets!  My favourite was grabbing a handful of top-quality almonds and munching away.

If you squint hard enough to make out what’s written on a food label, and if you could understand the trade names for the ingredients, you might not be very happy – every unknown ingredient’s name seems either to be another word for sugar, or an ingredient that has been named as a potential cancer villain.

So try not to reach for the packed food snack or meal – just look around and see if you can make your own low-calorie meal.  My go-to snack when faced with a hospital fast food eatery is to see if I can find a matchbox size lump of cheese, then add tomatoes and bits of salad.  And see if I can add biscuits and butter (not spread – that contains preservatives or other nasties).

Friends are horrified that I have gone back to drinking ‘gold top’ creamy milk;  but talking to my dietician, she says it makes sense, as full-fat milk fills you up for longer.  I find that if I have this on my cornflakes I no longer need a snack mid-morning – so it works for me.

Milk of any sort is definitely good for you.  Recently the latest info from Belgium’s Superior Health Council advises the consumption of between 250ml and 500ml of milk and milk products per day. Too low milk consumption is identified as a risk factor for nutrition-related health problems. The report refers to the Gezondheidsraad (Health Council of the Netherlands) which states that

Bought up in the country, every Autumn we kids would go off Scrumping.  Not only 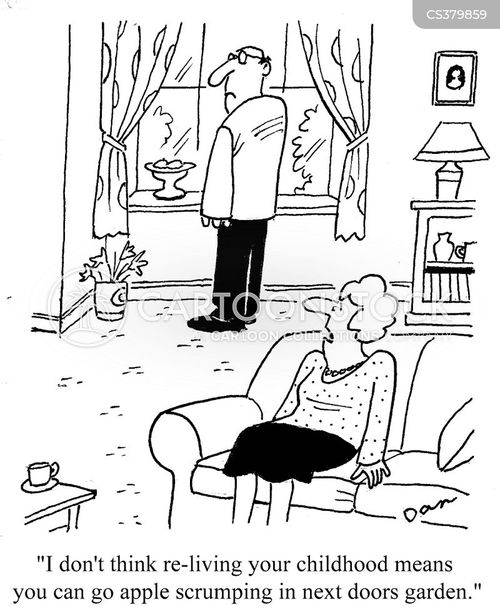 did we get our Five a day, but we also got lots of exercise climbing apple and pear trees to pinch the fruit – and even more exercise running away from the farmer.  Although I do remember being told NOT to go to a certain orchard – but of course we did.  We ended up with upset tummies, as the enticing red fruit  were cider apples, as sour as lemons.

Today, our local hospital has apple trees galore in the grounds, but it breaks my heart to see all the apples lying under the trees, no-one botheria to pick them up and eat them.  Surely the hospital should at least have a notice at the entrance telling locals to come in and help themselves?

There are Blackberries in all the hedgerows, but no-one goes blackberrying any more;  and pick-your-own doesn’t exist round here – picking is out of the deep freeze cabinet.

So what’s wrong with telling every kid near an orchard that they ‘mustn’t touch’ – then standing back when they swarm in to gather healthy food?