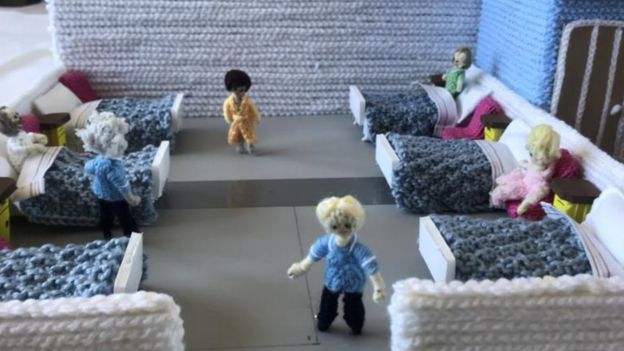 One lovely thing to come out of this crisis is that 91-year-old knitting queen Margaret Seaman of Caister, Norfolk, is busy with her knitting needles raising money for the NHS, by making a woolen replica of the UK’s Nightingale hospitals, as a tribute to health workers.

Mrs Seaman has been working every day on her project, which she has named the Knittingale Hospital. Eventually, it will look like the model below 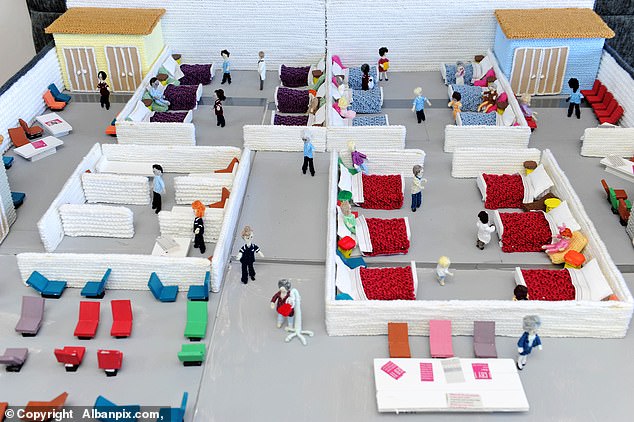 and hopefully will help raise thousands for NHS charities.

Once completed, it will have four wards, an X-ray department and a coffee shop. ‘Manning’ the Knittingale will be woolen figures of doctors, nurses and patients, donated by a fellow knitting enthusiast.

Mrs Seaman, known locally as ‘Norfolk’s knitting queen’, has previously raised thousands for charities with her knitted recreations of Great Yarmouth sea front and Sandringham House, and hopes the Knittingale will raise at least £5,000 for three hospitals in her area: the Norfolk and Norwich, the Queen Elizabeth in King’s Lynn and the James Paget in Gorleston-on-Sea.

Not the first time 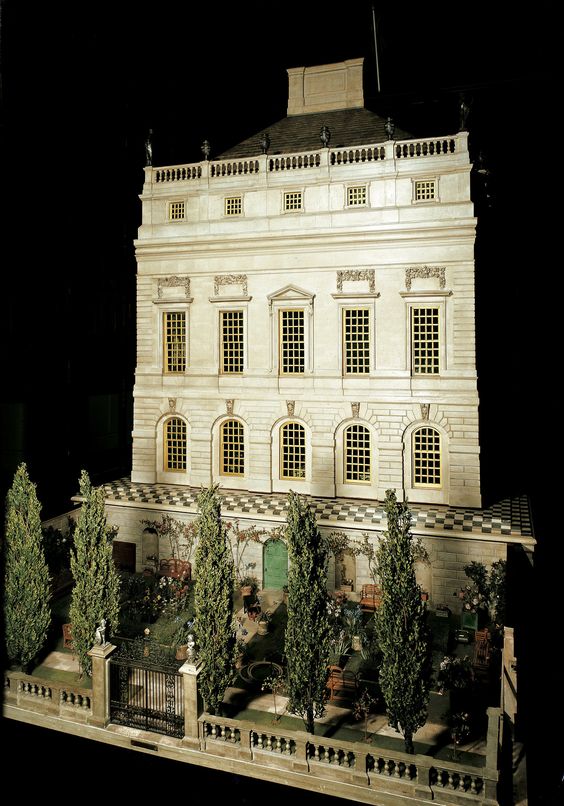 since it was first exhibited in 1924. Built for The Queen’s grandmother, Queen Mary, to a design by the leading British architect Sir Edwin Lutyens, it includes contributions from over 1,500 of the finest artists, craftsmen and manufacturers of the day. 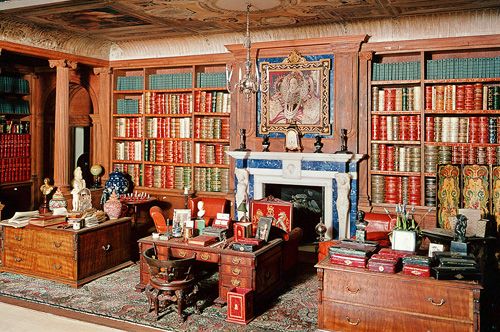 Everything was hand-made in 1/12th scale, from the furniture in the reception rooms, bedrooms, etc., and including the library containing original works by famous authors, such as Conan Doyle. Downstairs is a fully equipped kitchen, a wine cellar with each tiny bottle containing a real named wine and a garden, created by Gertrude Jekyll. The house even includes electricity, working lifts and running hot and cold water (although the water pipes are the only things not to scale, as it was found water wouldn’t run through pipes as narrow as 1/12th).
Today, it is on show at Windsor Castle, and during its life-time it has made millions in aid of various charities.
This is the library, with thousands of hand-made and hand-written books.
Everything works –
the drawers in the desks all pull out
You can switch on the electric lights
and the little clock on the mantelpiece can be wound up
and the boxes open up
When it all started
Way back in 17th century, merchants in the Netherlands became very rich,  To occupy their time, their wives took to collecting miniature furniture and furnishing dolls houses, and this was a hobby for rich women. With money to spend and time to indulge their hobby, these houses in miniature were not exquisitely furnished that they had to be for adults, not children.
Owning and furnishing these little houses provided Mme Merchant with a pleasant diversion, which she could show off to her friends and acquaintances.  As the furniture was often made of silver, it was probably just as well that children didn’t play around with these models.
Eventually the pieces became more unusual, as women vied with each other.  I have even seen tiny silver dustpans and brushes, and a very realistic drunk in silver, clutching onto a lamp post – destined for a miniature street scene.

The craze probably started in the German city of Nuremberg, famous for making toys, and soon spread across the Rhine into the Netherlands. By the 17th century, the Netherlands had entered its “Golden Age” and merchants had become extremely wealthy through maritime trade with the East and West Indies.

These merchants gave their wives lots of disposable cash which they enjoyed spending on luxuries such as doll’s houses, rather than sensible investments in their businesses, which eventually led to a Dutch economic decline a century later.

Petronella Oortman, a rich 17th-century Amsterdam silk merchant’s pampered wife, spent 20,000 guilders on a dolls’ house, the same price as would have been paid for a large home along one of Amsterdam’s elegant canals,  Today, you can see her dolls house on display at the Rijksmuseum., along with others.

Below is just part of one these Dolls Houses, on display in the Rijksmuseum.  Looking closely, you can see it is furnished with a mixture of miniature wooden and silver pieces. 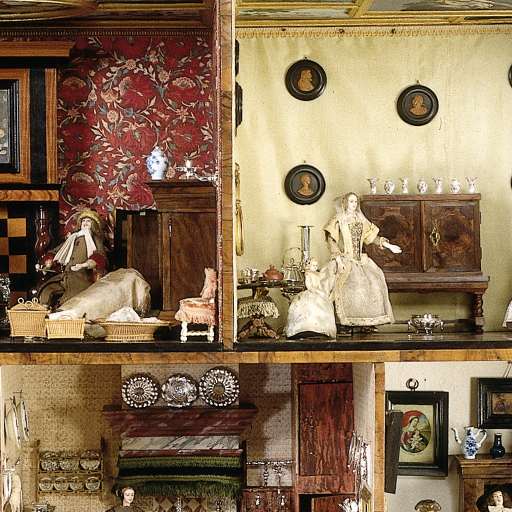 Up to two-metres (6 feet) tall and open on one side, the miniature homes were packed with tiny treasures — and often cost as much as their real-life counterparts.

Recently there has been a novel published called The Miniaturist, giving more background to these incredible pieces.  If you go on the Rijksmuseum’s website you can see more on the rooms and furnishing, or see this YouTube explanation by a curator of an American museum that exhibits one of these houses.

The dolls’ houses were not only a pleasant pastime and a way of spending superfluous money, they also served as a status symbol and played an educational and social role. Life at home was more important in Protestant countries than in Catholic ones, where the church was the centre,  For the Dutch in particular, it was important to show how a good house was kept.

Friends and neighbours would come around to admire the tiny creations, and were often accompanied by children who were shown what every “good house” should have. Even strangers traveled from afar to knock on the door of a home with a doll’s house, having heard of it and wanting to see it up close. Sadly, after the Industrial Revolution, dolls’ houses and their accessories slowly became standardised, mainly to a scale of 1:12, and were no longer such a status symbol.

Today, these miniature pieces are very much in demand.  In a top silver shop in The Hague, I was shown a table setting for eight, with knives, forks, spoons, chargers, salt cellars etc.  I would have loved to take them home as a souvenir, until told the price for the complete set was £1 million.