Loneliness is the hidden disease 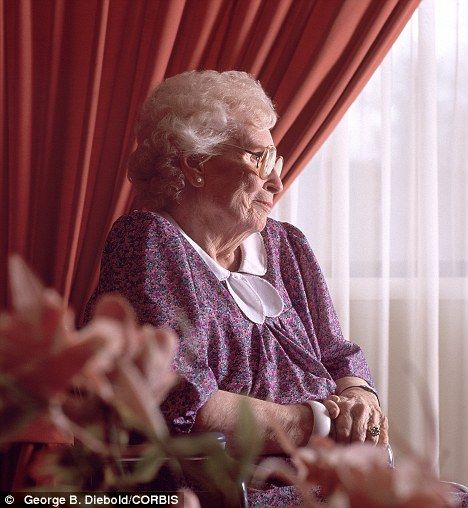 It is estimated around nine million people live on their own in the UK. Today, thousands of these have been facing life alone during lockdown.  Now that this is easing, many say ‘Covid’ fears make them worried about mixing with others.

Many may have lost contact with services and friends during lockdown.  Now that this is being lifted, they are fearful of making contact and frightened to go out.

Those who have cancer are probably some of the worst off; so far many have no idea when treatment is resuming, or even planned follow-ups.

During lockdown there has been much talk about Mental Health, especially as the Duke and Duchess of Cambridge have spoken out about this.  But, many who live on their own are resilient and able to get on with their lives, perhaps need a little more help with loneliness, but are too proud to ask for help.

So the challenge is on to try and mitigate loneliness for so many in today’s world, and ensure they are not neglected or forgotten..

Making use of Volunteers

In March the NHS put out a call for volunteers to help vulnerable people stay safe and well at home, and was surprised when so many volunteered. In fact numbers so overwhelmed the authorities that it was said that many were never called to help.

Now, surely is the time to make use of these volunteers. The RVS (Royal Voluntary Service) has volunteers that can help in all sorts of ways:

But these voluntary services need to be publicised, and potential users assured that they are not making use of ‘charity’, but volunteers too get something out of the interaction.

Don’t let the volunteering spirit fade away.  This is where Bojo and his merry mates need to think of others, rather than where they can don a hard hat for a photo opportunity.  Instead of popping up around the country making fools of themselves moving boxes and getting in the way of genuine workers, isn’t it time the Cabinet got down to some serious thinking about how they can harness volunteering enthusiasm to help the lonely around Britain?

Let’s make sure that no-one on their own feels isolated any more.  If everyone over a certain age, or disabled, or living on their own, could be assured it is their right to have a volunteer do something with them once a week, whether it’s taking them shopping, playing Bridge, taking to them to keep fit, etc., this might banish loneliness and prevent much mental suffering.

The Government organised food drops for the vulnerable during lockdown.  Now, before it gets lost, this network could be used to give people a weekly visit or outing, and encourage more social interaction.

This should be easy to do;  the annual census form has just gone out, identifying elderly people living on their own – so use this data.  GPs, doctors, pharmacists, nurses, midwives, NHS 111 advisers and social care staff should all the able to point to suitable, vulnerable people, and request help for them. The RVS has a call centre who can  match people who need help with volunteers who live near to them. I reckon Bojo would do more good funding this call centre for extra staff, than any Eat Out to Help Out scheme.

Every Autumn it’s Harvest Festival time, when our ancestors celebrated bringing in the harvest that would provide food for the Winter. Shortly after my elderly mother moved to the Oxfordshire village of Dorchester-on-Thames, there was a knock on her door.  A group from the local Primary School came bearing a box of apples and some tins.  “It’s Harvest Festival, and we’ve bought you a gift from us”.

Mother was enchanted, invited them all in and listened entranced whilst these kids told her all about their village.  Then told all her friends about the school’s initiative.

There are some schools that have already made contact with elderly people, and found a terrific rapport.  So if anyone is member of the PTA, or a School Governor, why not suggest  ‘meet elderly locals’ sessions?’ for this Autumn Harvest Festival?

Tracey Crouch MP is the Minister for Loneliness.  Yet since she has been appointed, she has been remarkably quiet.  Does the post still exist, I ask myself?

With 9 million elderly people around, their needs are going to vary enormously.  Surely the Minister could come up with some ideas? It’s not rocket science, but if the Minister gets bogged down with too many advisors, committees, White Papers, initiatives, strategies etc.  she is going to lose all will to improve, and the elderly will still find they are lonely as they are not being able to tick the right box.

Let’s KISS (keep it simple, stupid) and let villages, schools and groups get on with doing their own thing and reaching out.  Tracey could remind Councils that those who have Council House Estates could actually visit them and appoint a resident to knock on everyone’s door and take a note of who genuinely lives on their own.  One of the saddest aspects of the Grenfell Tower disaster was that Councillors had almost never visited the Estate, and had no idea of what went on – in their own Borough!

Schools could tell staff that they need to make contact with the local community;  meeting older residents works a treat for those pupils who have already taken the initiative, and formed a living history contact. Copy what they are doing.  And don’t sit arrogantly behind the gates not knowing your neighbours.

The Minister for Loneliness posting is made in memory of the MP Jo Cox;  it could be the start of a new era for elderly people, and help with the scourge of society today:  loneliness.

This was just being rolled out by GP surgeries, when lockdown called a halt.  Let’s revive it.

Social prescribing, sometimes referred to as community referral, is a means of enabling GPs, nurses and other primary care professionals to refer people to a range of local, non-clinical services.

Recognising that people’s health is determined primarily by a range of social, economic and environmental factors, social prescribing seeks to address people’s needs in a holistic way. It also aims to support individuals to take greater control of their own health.

There are many different models for social prescribing, but most involve a link worker or navigator who works with people to access local sources of support. The Bromley by Bow Centre in London is one of the oldest and best-known social prescribing projects. Staff at the Centre work with patients, often over several sessions, to help them get involved in more than 30 local services ranging from swimming lessons to legal advice.

Social prescribing is designed to support people with a wide range of social, emotional or practical needs, and many schemes are focussed on improving mental health and physical well-being. Those who could benefit from social prescribing schemes include people with mild or long-term mental health problems, vulnerable groups, people who are socially isolated, and those who frequently attend either primary or secondary health care

There are Nine Million lonely people out there – don’t let them be victims of the Covid-19 pandemic.