Questions the NHS needs to answer

Why was NHS so unprepared to deal with Coronavirus? 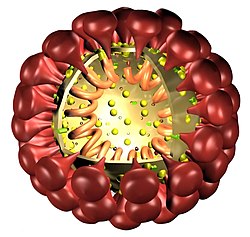 The mood in the media is changing.  With lockdown easing, British media has turned from eulogising the NHS, to asking questions about NHS administration and its handling of the crisis.

No longer is the NHS regarded as untouchable;  editors no longer think  ‘the NHS is the envy of the world’.  They’ve seen the world’s media questioning – loudly – why the virus took such a hold in the UK, and seen the shortage of PPE equipment, etc.

Until May, the media had been after us to “clap for the NHS”.  Suddenly there was a U-turn, and we were encouraged to clap for NHS Staff – not the Service as a whole. Then the Daily Mail, one of the widest-read papers, got on board with to help provide a solution for the PPE crisis.  Its Mail Force campaign produced millions of pounds in donations, which the Mail used to buy and distribute PPE to front-line staff. Thereby cutting out the NHS’s procurement department (I wonder if they’ll ever get refunded for the dud Turkish equipment they landed up with?)

Has clapping passed its ‘sell by date’?

Annemarie Plas, a Dutch national living in south London, originated the weekly “clap for carers” event on Thursday evenings. She says next Thursday’s event should be the last, concerned the event has become politicised.

She commented : “I think it’s good to have the last of the series ….  I share some of the opinions that some people have about it becoming politicised”.  She had been “overwhelmed” by the support for the ritual, but it was better to stop whilst it was at its peak.

Others say clapping doesn’t pay the bills, and are worried the Government will tend to ‘overlook’ any pay rise.

Now it has become the norm to do the unthinkable, and question if the NHS is doing its best to look after the nation’s health, with The Telegaph, Sunday Times and other media asking searching questions about the NHS ‘s handling of the crisis.

The daily parade of three pompous Minister on TV from Downing Street has viewers questioning what purpose these sessions serve?  Plonking their folders full of garbage on the lecterns, they pretend to look interested whilst Journalists ask questions via link-up, but seemed incapable of giving a straight answer.

Contrast their pathetic performance with that of Scotland’s First Minister, Nicola Sturgeon.  Assured, on top of her brief and honest answers – even if she doesn’t know the answer.  One big question is bothering me.  Is her hair-do a wig?  Or is she also a hairdresser?

Statistics coming in from other countries

The fact that Great Britain has had one of the worst outcomes hasn’t gone unnoticed in the world’s press, from Australia to America.  It is shaming to find that we are considered to have been the worst in Europe at handling Coronavirus, along with our appalling record of having the worst cancer care in Europe.

As NHSMangers.net says, “We know this has been handled badly.  World class?  Oh yes!  In a class of it’s own; muddled, slow, confused and way behind the eight-ball”.

In the meantime, Groundswell has produced this video https://www.youtube.com/watch?v=MO6e_0Dp6-c&t=47s&fbclid=IwAR2AZmzuV5-OIyjVIf-9C-xUOjF5yHasua_GaLLyMI044yNaB46-__RSo0Q

We like to think of the NHS as ‘OUR NHS’.  In which case, surely it is up to us to question what went wrong, and ensure that in future we are better prepared.