Second lockdown – time for NHS to think about patients

NHS must re-think the way it works

It’s time the NHS realised Cancer Patients are not production-line units whose treatment can be halted at whim, but individuals, doing everything they can to remain healthy.

Having canceled cancer care for many, to make matters worse, the Dept. of Health apparently wants to ‘take greater control’ of the NHS.  This sends shivers down my spine, as the NHS is only just recovering from Andrew Lansley’s disastrous Health and Social Care Act of 2012.

I spent a year in NHS hospitals in the 50s.  Today, much of the compassion and care we were given then has fallen foul of cost-cutting, and today NHS administrators blanch when I announce that women in our family live to 100 (the men last to late 80s or 90s); you can hear calculators in their minds whirring away as they count up how much I am going to cost them – tough! 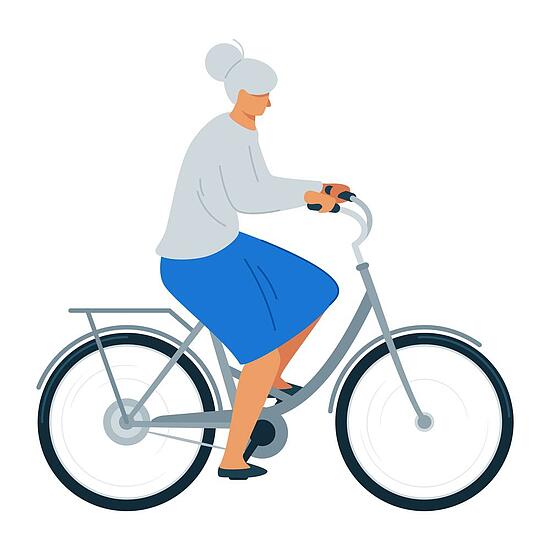 Zipping along on my bike (electric now), I reflect recent events have shown the NHS is far from being the ‘envy of the world’.  Especially as one sees how cancer patients have been neglected.

But, during lockdown some of us found caring doctors going out of their way to help. I was extremely lucky, and relished the way ‘my’ doctors bent over backwards to ensure my care was delivered – albeit in different ways.

Cancer care, tests, etc., were some of the first to go.  So I was surprised, and delighted to be phoned by one of my doctors a few days after lockdown started.  He was phoning because my appointment had been canceled, to talk me through what I needed.

As the days went on, more of ‘my’ doctors, physios, etc. were doing the same thing.  If they thought I needed to see them face-to-face they organised a rapid appointment – no waiting months! I suspect this is because as soon as I developed side effects from cancer drugs, I went online and searched out the best doctors to treat whatever problems I had;  I didn’t rely on my GP to do this.  As a result, I had developed a very good relationship with clinicians (and their secretaries!).   So let’s keep benefits that came into play during lockdown, especially the direct communication between staff and patients.  ‘Patients come first’ should now be the norm.

Professor Karol Sikora, chief medical officer at Rutherford Health and former head of the WHO’s cancer programme, commented after it was revealed that the overall cancer waiting list had grown 20 percent between August and September alone: “This is a crucial period, we are heading into what will be a difficult winter for the NHS. It is vital that we do everything we can to ensure that cancer services are not compromised any further. The news of the cancer waiting list increasing is very worrying.”

Let’s go back to the days when Clinicians were in charge, and even better still, let’s Bring Back Matron. The way they ruled ‘their’ hospital knocks spots off today’s CEOs with all their management training – whatever that’s worth.

Don’t let Whitehall muck up anything more – instead, let’s go back to keeping things local and not slavishly follow national rules and regulations.

If Whitehall gets any more control, it is as well to remember one thing is guaranteed:  politicians never learn from their mistakes.  Bojo’s spluttering speeches in the House of Commons, trying to explain away what went wrong, don’t fill me with confidence.

Some of Bojo’s new rules

But let’s have the same rules everywhere;  after all, we are supposed to live in the United Kingdom.

Let Whitehall have more control, and the vulnerable will end up with worse care. Who isn’t fed up with previous announcements of ‘New Deals’ etc., when politiciana get a moment of glory, announcing more billions allocated for the NHS, only for patients to find that by the time Whitehall sorted out the new office, given staff redundancy from their previous office and re-hired them, ordered new stationery, new everything …. the money had run out and the plans shelved. If voters actually took politicians to task about unfilled promises – you wouldn’t see them for dust for the mass exodus to city directorships.

Creative Accounting reigns in today’s NHS, but it’s NEVER for the patients’ benefit. But watch how ‘advisors’ are paid megabucks to massage the figures.  Takes skill to do this, and the fact that Granny is going to get worse care from the NHS doesn’t concern them.  Their job is to make the Government look good and balance the books.  Meanwhile drawing massive salaries that nurses can only dream about.

Does anyone listen to Patients?

Certainly not, if you are a cancer patient. Cancer is no longer a priority at the Dept. Health,

So those of us who are worried about getting cancer, or having a recurrence, could usefully think if the following bullet points are worth following to improve our chances of referrals, tests, treatment etc :

If you aren’t getting the care you should

But why, when we are probably at our lowest ebb, do we have to ‘fight’ for the type of care that the rest of the world takes for granted?

No sooner had I posted this article. than NHS England issues a press release, ‘encouraging us to get tested!  and saying  “With Public Health England, we will be launching an awareness campaign next month to encourage people to continue to use NHS services if they think they spot something that could be a sign of cancer.  !!!!