The Patient Revolution – is the NHS missing a trick here?

The NHS wastes money but ignores ‘credit control’ on its doorstep 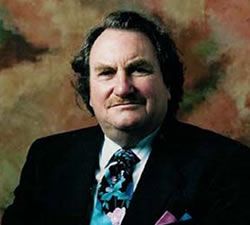 ‘If you watched TV in the 80s, you might remember Sir John Harvey Jones fronting the superb series ‘Troubleshooter’.  My favourite shot showed his utter astonishment, visiting an NHS hospital on a Friday afternoon, and finding it closed down.  Then explaining that if you wanted to run a business successfully, you didn’t leave expensive equipment idling when it could be working.

Today, one wonders what he would think about the continuing saga of the NHS.  He said  ‘the NHS has the same problems now as it did when I looked at it: vastly over-managed, over-administered, its people under-trusted. …… There is just far too much micro-management”.

Like me, he had personal reasons to be grateful to the NHS. His daughter had polio, but got the best treatment possible. As I did.  But that was in the 50s and the NHS in its infancy, Matrons were hands-on, not today’s CEOs who are unknown in their own hospital.  No MDTs – instead there was a ward round with everyone treating you, from your surgeon to physios and nurses, clustered round your bed.  They discussed your treatment with you there rather than in a far-off room with no-one able to say “that’s not me”.

As Harvey Jones said “Most of the many billions that have recently been pumped in to the NHS seem to have gone on increased rewards, paying a vast administrative organisation that can’t even do the accounts properly. It’s mind blowing!

And on the way, the Patient, who after all is what the NHS should be about, is overlooked.

Sadly, it seems not.  But now – along comes David Gilbert with his book ‘The Patient Revolution‘, asking “Could the solution to NHS problems be in the hands of the patients themselves?“.

His book comes up with numerous reasons why patients might have answers, but to a certain extent these could lie in the hands of patients themselves.  Not the ones who slavishly repeat the mantra ‘NHS is the envy of the world’, when patently it isn’t.  But those who think through problems, then want to suggest ways of improving their care.

The NHS must learn to listen to these informed patients, many of whom are used to running large companies.  After all, it doesn’t take rocket science to work out if the motor opening hospital entrance doors breaks down, if you can’t buy a new one off the shelf;get a company to make a one-off replacement.  Instead, the John Radcliffe in Oxford bought in a massive industrial heating unit belching out warm air 24 hours a day. Costing a fortune to run. Asked nicely, a patient or their company might have supplied the motor unit for free.  Bet Matron would have known just who would do this.

Patients are an untapped Resource

Any hospital cares for a cross section of people as patients.  Perhaps instead of asking all those Politically Correct questions on forms about race etc.., someone might ask what is/was our job?  and next time a ward needs – say –  a cupboard to house expensive equipment, a glance at data from recent patients would surely throw up some who had been joiners or carpenters who would be happy to give something back?

Patients are often physically immobile, but those of us who have worked – often in managerial positions – find our brain, thankfully, is still very active.  Faced with health problems, we go on a hunt for ways to improve this., and turn to the Internet.  From our experience, we can usually filter out the quacks and charlatans, and come up with ideas to improve our health and wellbeing.  I remember discovering via the Internet that I had Peripheral Neuropathy.  The trouble I had to convince my doctors that this was a cancer drug side effect.  It was only after I showed the hospital info from top official US websites that I was able to stop banging my head against an NHS brick wall.

Here’s what one patient did

As a Stoma patient, Michael Seres found “you can get sexy knickers and sewage plumbing, but you can’t get something to stop you shxxxing the bed at night”.  This is his story

A bowel transplant saved his life, but left him with problems the NHS just wasn’t helping with.  He though about this, developed solutions, but found the NHS totally indifferent. “I was getting nowhere, and being fobbed off”.  NHS Innovators weren’t able to help (was it because he was only a patient? )

Eventually, after 43 rejections, he said “Fxck it and forget it. The system only trusts health professionals”. So he found a US investor in Silicon Valley, moved to the States and set up 11/Health.

Meanwhile as Michael says, “The NHS continues to spout its empty rhetoric about ‘patients being at the centre….  and at the forefront of innovation”

Or you can watch how Oscar winner Kathy Bates speaks out for, and get patients involved in research

Or read The Patient Revolution and get Fired Up!