Who shot the messenger?

In 2021 General Sir Gordon Messenger was appointed to lead a review of leadership in the English NHS:  since then – your guess is as good as mine as to what has happened.

Healthwatch recently commented “In October 2021, the government launched a review of leadership in health and social care…… led by General Sir Gordon Messenger and Dame Linda Pollard…to strengthen leadership”  The review was also meant to “reduce regional disparities in efficiency and health outcomes”.

Now the report is out, Healthwatch ccmments “This report demonstrates the important role that leaders play in delivering high-quality care and driving cultural change across the NHS”.  So what have the so-called ‘leaders’ been up to for the past umpteen years?  Why does the Post Code Lottery still exist? and, although we are told they are coming down – why is there -still a long waiting list?

Minister Sajid Javid comments that he is” committed to put power back in the hand of patients”.  Am I the only one to reply “pull the other leg”.  For as long as I know every Minister has said the same – and nothing gets done.  The fault of having a politician in charge of the health service.

Politicians care abut their ‘agenda’, and will listen to people when they need our votes.  For years the NHS has suffered at the whims and fanciers of whichever new Minister is in charge, and any change will require developing an NHS culture that genuinely listens to patients, users and their families about what is working and what is not.  They must , design services with us in mind – not thinking of votes, accounts . So far, it doesn’t happen (see Ockenden, Paterson and every other report on NHS that has come out in the last 20 years.  Re-read them, see how often the reports say patients should be consulted – and count out how often this happens).

Change starts at the top and so the report rightly acknowledges that the NHS still has a long way to go to create better leadership.  It talks about “more diverse leadership” but I don’t think that is what is needed. It’s LEADERS – full stop – that are required..This will not only improve outcomes for the workforce but will also prioritise addressing health inequalities.

Let’s ask for Messenger back

But thia time don’t let him pull any punches.  I am sure this ez-Royal Marine must have comments – but was probably muzzled.  Twice awarded the DSO (Iraq and 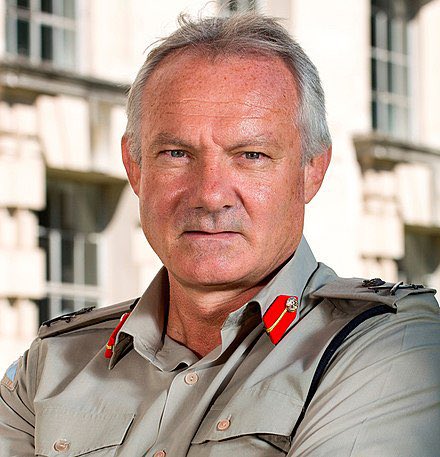 Afghanistan), surely he has enough guts to take on the NHS hierarchy?  After a distinguished career serving in the Commandos, etc., and then as ADC to The Queen, (which would have meant standing up to intense scrutiny and interrogation from the late Duke of Edinburgh), one would have imagined he would have the steel to stand up to the NHS – so a lot was expected of him.

When Sajid Javid announced Messenger had been appointed to conduct a review into the NHS, I was hopeful.  But, with so much to be done, has there been any comment or intervention?  If there has, it has been remarkably low-key – all we hear is that waiting lists are going up.

This service definitely needs Messenger to recommend a review.  The clunky questionnaire that has to be gone through is time-wasting, and – as usual – throws NHS systems at you, rather than allowing the call centre handler to ask relevant questions – and listen. This morning I decided not to bother my GP – I’d do as the NHS suggests and ask my question of the 111 Telephone line:  how can I ensure my Polio vaccination is up-to-date?  I had polio, but no one knows which of the three strains I had, so I have to have all three jabbed in to me every so often, to be on the safe side.  30 mins after I dialed 111, after a lot of questions with no relevance, I am finally told I will get a callback (which I do), but why on earth did it take so long? And what did this cost the NHS?

Reminds me of the time I had a long chat with one of the senior 111 staff about Covidf-19;  she told me the best website for information was the US one www.fda.org, but “at 111, we are not allowed to use this because it’s not an NHS one”  !!!!.  Blow me down, that evening Jonathan Van Tam was interviewed on TV and twice told viewers the best website for Covid-19 information was “the American website fda.org”

So Messenger, you could recommend that the NHS makes use of free information that is accurate, informative and up-to-date, especially if it comes from a Government health source that constantly uses its might to help others..

Quality, diversity and inclusivity (EDI) is driving me mad

Am I the only one fed up with this?  Every NHS form I get now has a huge amount of extra questions to fill in covering these subjects.  Makes me want to fill the pages out with the most non-PC statements I can think up (sadly ther computers have learnt to reject MYOB -Mind your own business) – so I’m not the first.  Recentky a man who had given over 100 pints of his orecious blood to the NHS blood bank hit the roof when he was asked if he was pregnant.  When the receptionist apparently refused to withdraw the question, he walked out.  What good did that do for the NHS?  Messenger could certainly bang a few heads together.